For hundreds of years, travellers have been inspired by this fascinating island of dramatic landscapes and fabulous scenery, with its gorgeous beaches, sparkling blue seas and balmy climate.

The third-largest island in the Mediterranean, after Sicily and Sardinia, there are picturesque towns and villages, mountains and many miles of coastline to explore.

The birthplace of the legendary Aphrodite, Cyprus has a colourful history and has been ruled by many nations, including the Egyptians, Romans, Venetians, Turks and the British, to name a few. Each has left their cultural mark in areas such as architecture, religion, cuisine and language, which has resulted in a rich mix of traditions throughout the island. A further ingredient is the friendly and hospitable people, proud of their inheritance. 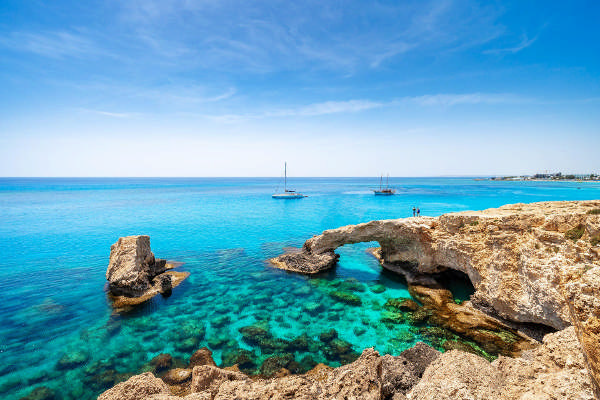 The contrasting scenery of Western Cyprus is an absolute delight to discover. Its dramatic coastline alternates between steep rugged cliffs and inviting bays with soft sand beaches, many with Blue Flag status. Venture a little inland and you will find cool forests of pine and cedar and fertile plains covered with banana plantations and orchards. And head up into the Troodos mountains for stunning views, waterfalls and traditional villages; perfect for scenic drives, and for walking and biking in unspoilt nature.