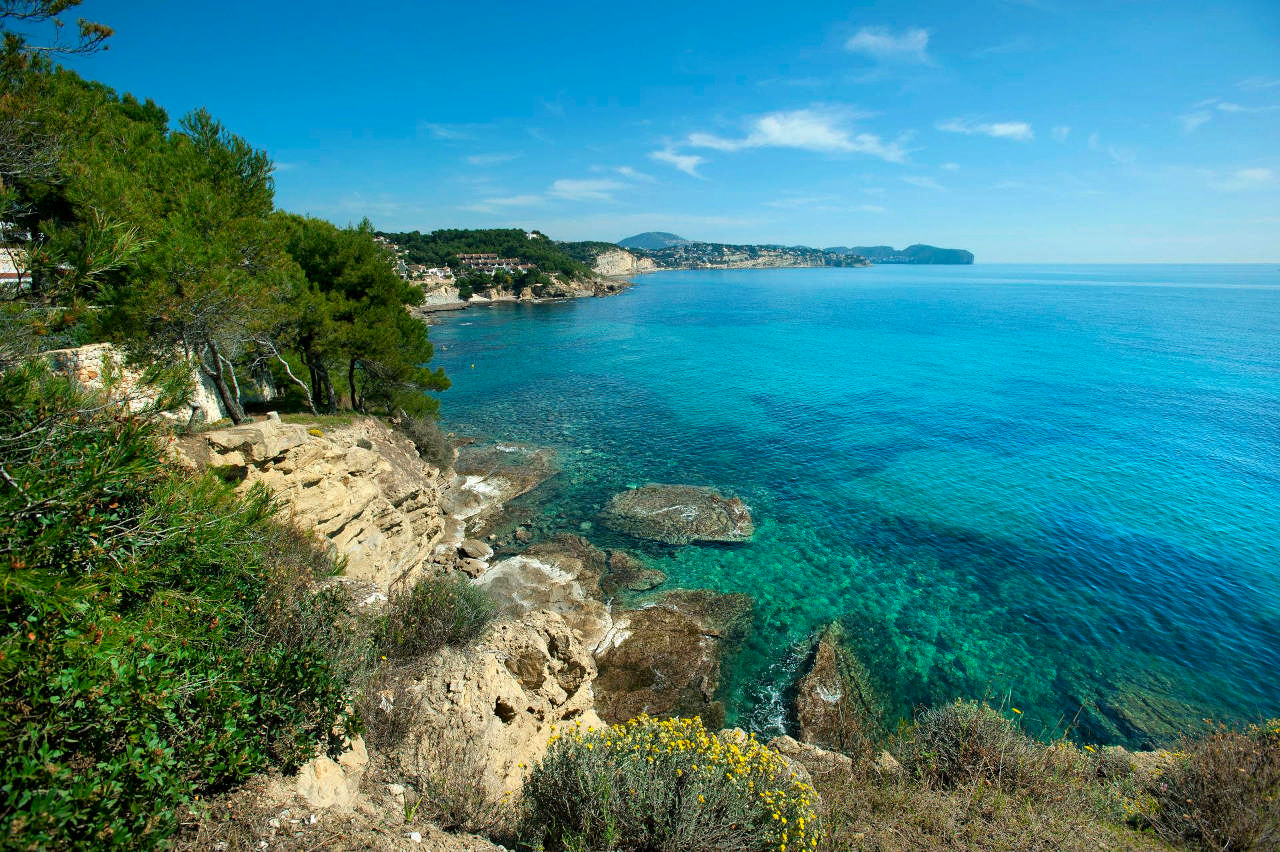 Valencia is hailed the Paella Capital, mainly due to the paddy fields that surround the outskirts of the city. Cooked in large flat pans, a selection of meat, fish or shellfish, or all of the above together, are added to garlic, saffron, a mixture of herbs, peppers, and other local spices to give colour and extra flavour to this traditional dish.

Fideuà is a similar dish to paella, however noodles are used instead of rice and cooked always with shellfish.

Roast lamb appears on many restaurant menus, as does grilled fish and chicken cooked in all sorts of creative ways. Always accompanied by a dish of ‘Ali Ole’ – garlic mayonnaise, containing any number of cloves, skilfully crushed to extract the strong flavour.

Horchata is a drink made from tiger nut (a tuber) which is then flavoured with cinnamon and sweetened with sugar. It is ground and mixed with water to make a milky looking drink, served over ice as a cooling beverage in the summer.

Turrón is a nougat confection, typically made of honey, sugar, and egg white, with toasted almonds or other nuts, and usually shaped into either a rectangular tablet or a round cake. Jijona near Alicante is Spain’s main producer of this sweet delicacy, which is mainly associated with Christmas and new year, although it can be bought throughout this region at any time of the year, in the form of ice cream, desserts or just in large chunks.

Just a few kilometres inland, clinging charismatically to its unique history, the local dialect 'Valenciano' is still widely spoken in pueblos and amongst locals, when visitors are supposedly out of earshot. Road signs announce town names in both Castilian (the official Spanish language) and Valenciano. For example, the town of Xabia (Valenciano spelling) is alternatively written as Javea (Castilian spelling).

Whichever month you visit, there’s a good chance that jovial fiestas will be in full swing. After months of planning, making costumes, band practice and dance rehearsals, the whole town comes together to celebrate just about anything: Grape Picking Week, Almond Blossom Season, The Blessing of Pets Day, anyone with the name Juan and so the list goes on! There are of course the more serious, historical dates, which are skilfully synchronised so as not to overlap with other neighbouring gatherings.

One of the main events in the region is the commemoration of the battle of the Moors and Christians (Moros y Cristianos). Although celebrated in many parts of Spain, the Valencia Region has the most frequent and most enthusiastic celebrations, the most famous taking place in Alcoy in April. Exquisite costumes are paraded through the streets to beating drums and solitary pipes, prior to a fierce simulated battle around a papier-mâché castle where, as tradition and history dictates, the Christians always conquer (except for one year, when those playing the Moors retaliated and decided to rewrite history by refusing to leave the castle). Fireworks light the sky, whilst spectators munch on candy floss and sugar-coated almonds. Moors and Christians Fiestas take place in: Moraira in June, Xabia in July, Denia in August, and Calpe in October.

La Tomatina Fiesta started the last Wednesday of August 1945, when a group of young people decided to disrupt a traditional gathering in the village ‘plaza’ of Buñol. A fight ensued and the nearest objects to pitch happened to be a few kilos of tomatoes from a nearby vegetable stall. The following year, the antics were repeated and gradually became an annual tradition, until finally La Tomatina was officially declared a ‘Festivity of International Tourist Interest’ in 2002.

Whilst one of the more developed towns of the North Costa Blanca, do not be misled; Calpe contributes a good proportion of the cultural and historic ingredients that combine to make up this beguiling area. A nature reserve, where wildlife and fauna (including a flock of resident flamingos) live in natural surroundings, sits behind the imposing ‘Peñón de Ifach’ rock, resembling a miniature Gibraltar. The old fishing port is home to one of the few remaining fleets that still chug out to sea early morning and back early afternoon to auction off the day’s catch, and restaurant owners from surrounding areas wait patiently on the quayside ready to rush their purchases to the kitchen and on to the grill later that same evening. Two sweeping sandy beaches saddle the rock, lined with wide promenades, restaurants and souvenir shops. Meanwhile, one block behind, ancient Roman ruins fill with salty waters, historic watchtowers continue their scrutiny out to sea and the narrow, cobbled streets of the old town sit perched on the brow of the hill; all are reminders of a colourful past.

City of Arts and Science

This vast complex on the outskirts of Valencia incorporates several cultural centres and iconic buildings for an excellent day out. Firstly, an interactive Science Museum (El Museo), constructed in the form of a whale skeleton, offers hands-on, educational fun for all ages. Another big attraction is L’Hemisfèric, a magnificent planetarium with IMAX cinema screen, built in the shape of an eye, where the cover of the screen forms the eyelid, which can be opened or closed, whilst its reflection in the 24,000 square metre lake completes the optical illusion. L’Oceanogràfic forms the third part of this mind boggling complex; built in the shape of a water lily, its 10 separate areas depict different aquatic environments demonstrating the natural habitat of: the Mediterranean, wetlands, temperate and tropical seas, the Antarctic, the Arctic, islands and the Red Sea.

Other areas on the complex include: the El Palau Opera House; L'Àgora, a covered plaza for concerts and sporting events; for horticultural enthusiasts L'Umbracle presents a landscaped walk with plant species indigenous to Valencia, carefully picked to change colour with each season.

The entrance to the complex, is marked by the tallest point in the city, the tower of the white cable-stayed bridge (El Pont de l'Assut de l'Or) which links this impressive area with the rest of Valencia City.

Getting to Valencia Region

Charter, scheduled and 'no frills' flights operate from a number of UK regional airports to Valencia and Alicante airports, which are between 1 and 1½ hours from our properties. Murcia International Airport is also an option, about 2 hours' drive from our properties.

The variety and choice of flights from UK airports to European destinations is considerable. We do not tie you in to a package holiday with prearranged travel; you are free to choose flights from your closest airport using any charter, scheduled or low cost airline.

We always recommend booking your flights and hire car as soon as you have decided on your holiday accommodation. You will find that fares are usually lower and the choice of flight times is wider.

If you need to place a 'hold' on your chosen property whilst you are booking your flights we are more than happy to do this for you. We can book flights on your behalf if you would like us to, for this service we charge a fee of £30 for each return flight booked.

Villages and Towns in Valencia Region 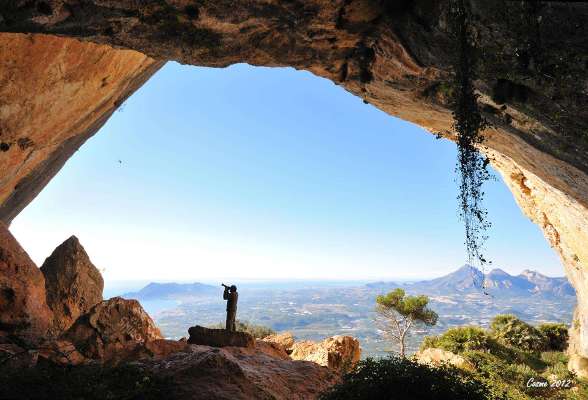 The lush, green topography of the Orba valley is one of the best kept secrets of the region. Situated just a short drive inland from the long stretches of sandy, Mediterranean shoreline, a cluster of small, unpretentious mountain villages are covertly scattered amidst orange and lemon groves, cherry orchards that transform the valley floor into a sea of subtle pink in early spring, rugged mountain peaks standing resplendently in the background to the trickle of natural springs, as they cascade into deep ravines to form natural lagoons.

A labyrinth of hidden caves and grottos, brimming with legends of pirates, smugglers and knights in shining armour, adds a dash of intrigue to this charming, diverse locality. Country lanes and walking trails lend themselves perfectly, to explore the panorama at a leisurely pace, converging at regular intervals, with the prospect of savouring typical gastronomy snippets in a collection of local hidey-holes en route. 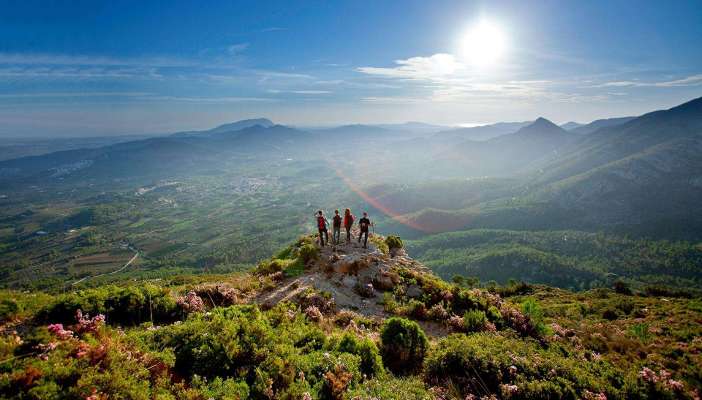 Acting as a gateway back to an entirely different era, the Jalón Valley (Vall de Pop) encompasses a sprinkling of small mountain villages, dotted a short distance apart, over the valley floor and in the foothills of the Sierra Bernia Mountains. Each village is proudly bestowed with its own church, village square, modest townhall and local speciality, whilst retaining the Arab influences stemming from a history of turmoil. An area moulded by tradition and craftsmanship, this valley is considered by some as the birthplace of wines for the region. 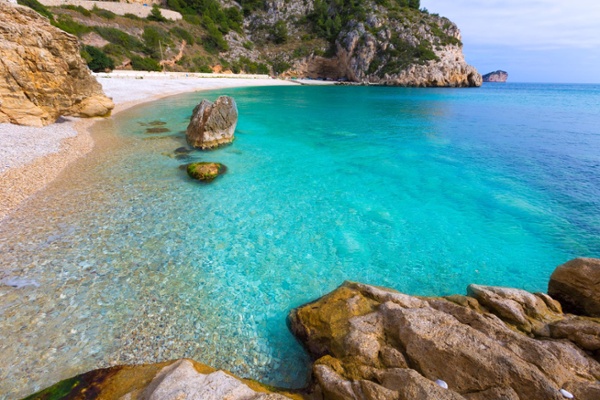 Sheltered by the magnificent Montgó Massif National Park to the north and the craggy cliffs of the Cap de la Nao headland to the south, the once small fishing village of Xàbia (Javea) offers an array of distinctive coves and calas to suit all requisites, from scuba diving and snorkelling in the clear, shallow waters of Granadella Beach to the sandy stretch of L’Arenal beach, where cocktail bars and elegant dining add a touch of panache to this sheltered locality.

Offering a peek into its tempestuous past and prehistoric legacy, Xàbia can be split into three areas: the ‘Old Quarters’ where remnants of stone walls built to defend against prevalent pirate raids now form a characterful backdrop to traditional eateries; the original Fishing Port where serenading seagulls marking the return of the fishing boats are accompanied by the soft tones of a nearby chill-out bar; and the Beach Areas of La Granadella and L’Arenal beach, a preferred favourite with families for the gently shelving slopes of its sandy bay.

Villas in Xabia More about Xabia

Our Villas in Valencia Region