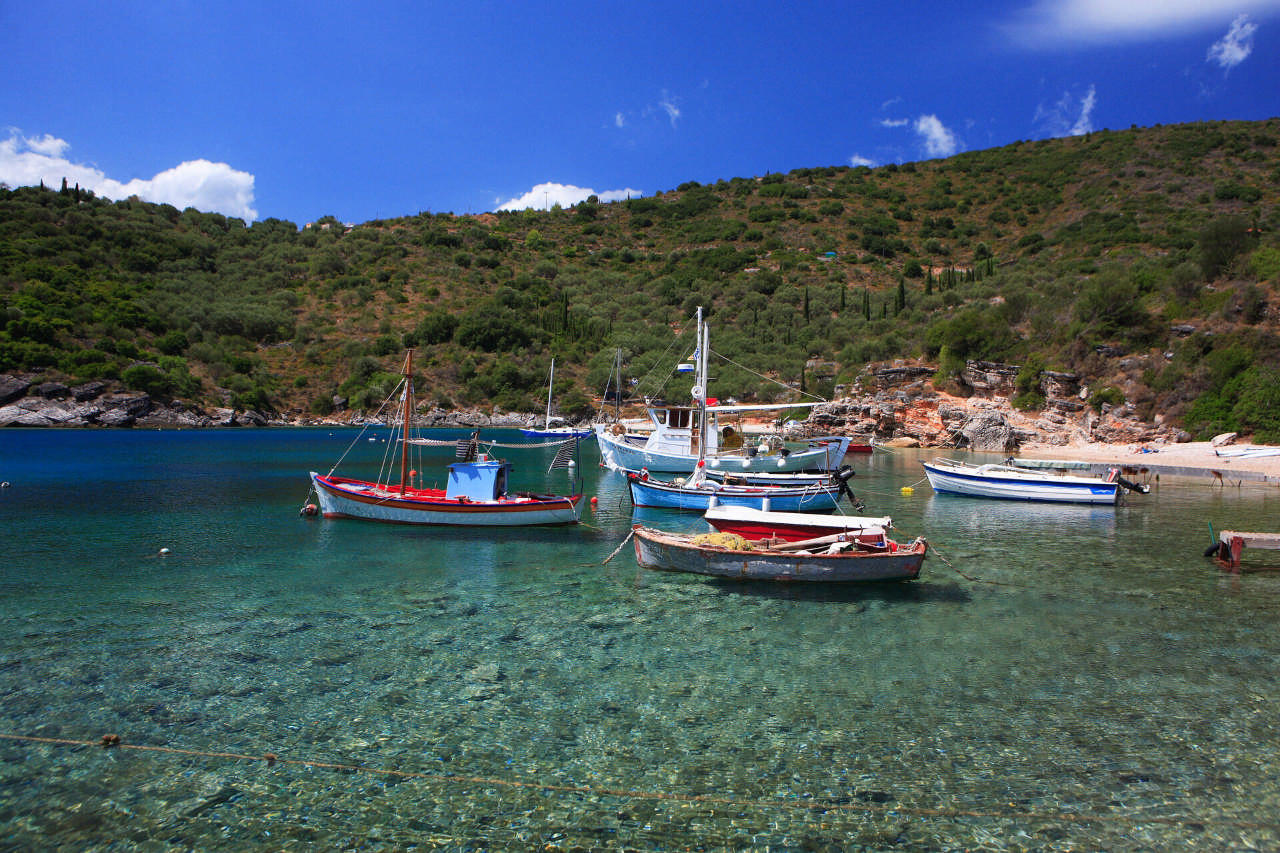 Messinia, the westernmost area of the Peloponnese, is green, luxuriant and fringed by a proliferation of glorious golden beaches, including the horseshoe shaped Voidokilia.

Surrounded by the Ionian Sea, the Messinian Gulf is ideally suited for lovers of nature and archaeology rich as it is in ancient sites and well preserved castles such as Pylos, Methoni and Korini.

Gialova, is a delightful little village from which to explore the local sights.  Koryphasion Hill, to the west, is a wonderful view point. Nearby is Nestor's Cave where, according to mythology, Hermes hid the cattle he stole from Apollo. The cave is now adorned by impressive stalactites and stalagmites. Gialova Lagoon is a magnet for ornithologists and has recently benefited from having some interesting nature trails (great fun for children) laid out along its shores.

Picturesque Pylos is a beautiful little harbour town on the south west coast. At the Bay of Navarino it is well worth exploring the hilltop castle of Neokastro and admiring the stunning views from the ramparts.

The rugged Mani, with its imposing mountain ranges and wild, untamed landscape is little known and, as such, remarkably unspoilt. It is one of the few Greek regions never to have been occupied by either the Turks or the Venetians and thus boasts a unique cultural identity.

The enchanting seaside village of Kardamyli at the foot of the majestic Taygetos Mountains is a particularly delightful place to spend an afternoon wandering through sleepy, flower-filled lanes or venturing into the hills immediately behind the village to discover a maze of criss-crossed walking trails.

The magical and spectacular caves of Diros can be found south of the charming village of Areopoli. Crammed with stalactites, the natural reflections on view are truly remarkable. In the Alepotrypa Cave recent excavations have unearthed evidence of prehistoric occupation and as a result the caves have become one of the most important natural sites in Greece, with great archaeological significance.

'Name' days are considered much more important than a person's actual birthday. In most cases, it is a tradition now in Greece, that when a person has a 'name day, he or she gives a party where refreshments such as locally produced liquors and cake are offered to family and friends. During a name day, it's important to call your friends to wish them 'chronia polla' (have a good year), as a sign of acknowledgement and respect.

The Peloponnese enjoys a temperate Mediterranean climate. Early summer and autumn months are comfortably warm during the day and cooler at night. July and August are hotter with temperatures approaching 40°C, offset by refreshing breezes.

getting to the peloponnese

The gateway to the Peloponnese is Kalamata Airport, approximately 45 minutes drive from our houses. Another alternative is to fly to Athens, around 4 hours away, and perhaps add on a few days stay in the Greek capital city.

Nowadays, the variety and choice of flights from UK airports to European destinations is considerable. We do not tie you in to a package holiday with prearranged travel; you are free to choose flights from your closest airport using any charter, scheduled or low cost airline.

We always recommend booking your flights and hire car as soon as you have decided on your holiday accommodation. You will find that fares are usually lower and the choice of flight times is wider. If you need to place a 'hold' on your chosen property whilst you are booking your flights we are more than happy to do this for you. We can book flights on your behalf if you would like us to, for this service we charge a fee of £30 for each return flight booked.

Villages and towns in the Peloponnese 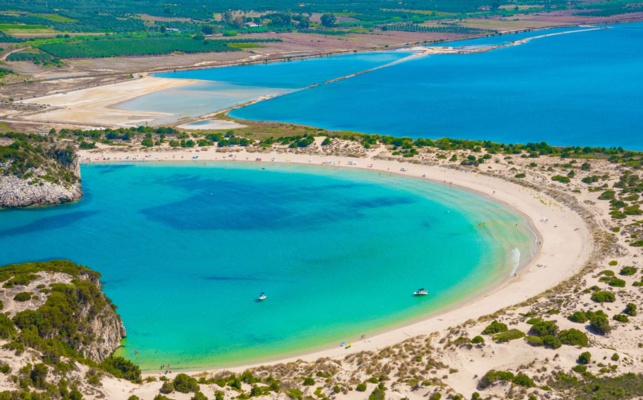 Steeped in history, the region of Messinia is home to many impressive archaeological sites and medieval castles, together with unblemished countryside and unspoilt golden sandy beaches. Nestor’s Cave invites discovery. According to Greek mythology, this is where Hermes hid the cattle he stole from Apollo.

Home to Voidhokilia Beach, considered one of the most beautiful beaches in Greece, the pretty seaside village of Gialova is an excellent base from which to explore the sights of the Messinia region. With seafront tavernas, shops and a long sandy beach, Gialova offers an authentic Greek experience. Stunning views across lush valleys and olive groves (producing the world renowned Kalamata olives) make the perfect backdrop to this tranquil location.

Above the Bay of Navarino, the hilltop castle of Neokastro awaits exploration, as does the nearby castle of Pylos, and further afield, Methoni and Koroni castles. Ornithologists will be drawn to many of the natural sites in the region, Gialova Lagoon in particular, home to the best of the region’s birdlife and also one of Europe’s most important wetlands. This most southerly point of the Peloponnese offers a wealth of diversity. There is something here for everyone.

Villas in Messinia More about Messinia

Our Villas in The Peloponnese