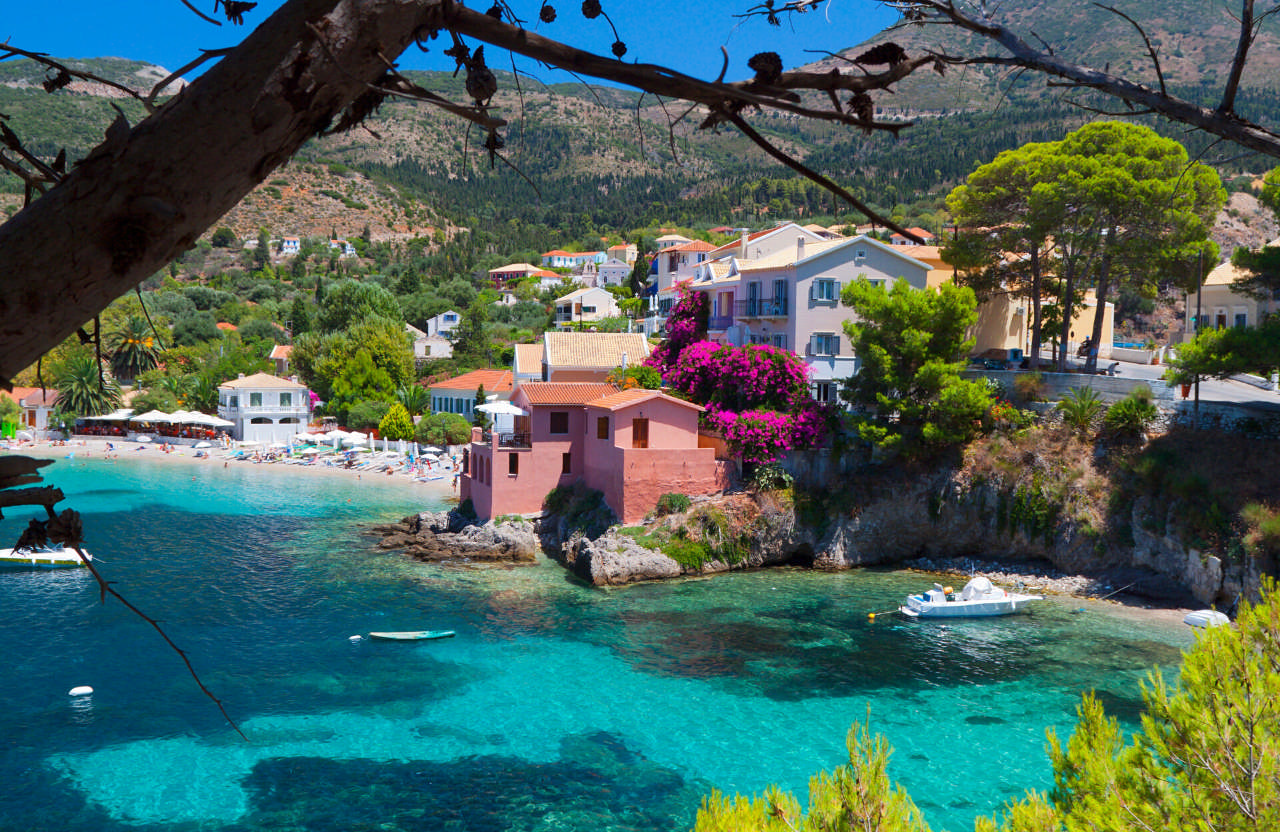 Captivating seaside villages lapped by warm, crystal clear waters, a backdrop of tall imposing mountains and some of the most beautiful sand and pebble beaches in all of Greece; it is with these charms that Kefalonia tempts the visitor. No less than ten of Kefalonia's beaches proudly fly a coveted Blue Flag in recognition of their exceptional standards with the much photographed Myrtos Beach regularly selected as being among Europe's top five.

Other Blue Flags fly alongside the beaches of Petani, Avithos, Lourdas, Skala, and Katelios. Special mention must also be made of Antisami, renowned for its natural beauty and widely featured in the film of Captain Corelli's Mandolin.

Leaving these sun-dappled beaches behind you, head inland across the fertile lowlands to Kefalonia's highest point, Mount Ainos. Snow capped in winter and at 1628m, taller than our own Ben Nevis, it is a designated National Park, home to both a rare species of forest fir and the celebrated but elusive Kefalonian wild ponies. Lourdas Beach lies at the bottom of Mount Ainos, a wonderful stretch of 3kms of pale fine sand.

A variety of tasty seafood, olives, honey, wild vegetables, many different fruits and surprisingly good wine ensure local menus are not lacking in their choice of dishes.

As is common throughout the whole of Greece, Saints' Days are numerous and widely celebrated. Gerasimos (1506-1579) is the patron saint of Kefalonia and many local people believe he performs miracles on August 15th (the anniversary of his death) as well as on his 'name' day, October 20th, which is celebrated with an elaborate procession.

The island enjoys a reliable Mediterranean climate with pleasantly warm days from May through to October and hot, dry summers with temperatures consistently in the high 30's.

There are flights to Kefalonia from a selection of regional airports throughout the UK. We do not tie you in to a package holiday with prearranged travel; you are free to choose flights from your closest airport using any airline and at a time that suits you best.

We always recommend that you book your flights as soon as you have booked your property as you will find that fares are usually lower and the choice of flight times is wider.  If you would like to place a 'hold' on your chosen property whilst you are booking your flights we are more than happy to do this for you. We can book flights on your behalf if you would like us to, for this service we charge a fee of £30 for each return flight booked.

Villages and towns in Kefalonia 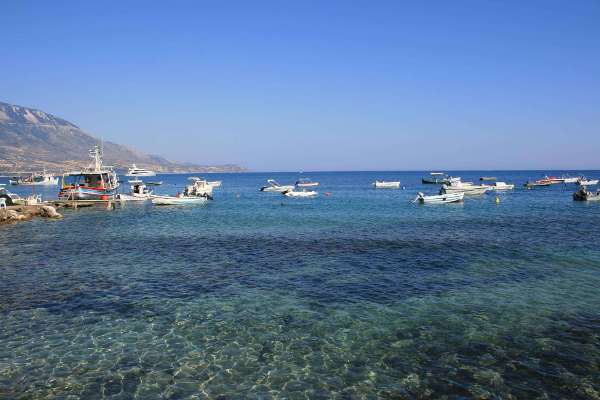 Backed by trees and sheltered by the mountain behind, Trapezaki beach has a relaxed and peaceful ambience. It is actually two sandy beaches split by a small marina, with a beach bar open in high season. The village has a number of amenities including a selection of appealing restaurants. In the hills behind are small villages with impressive views over the coast, with some of the best beaches on the island, Agios Thomas and Lourdas, are close by. 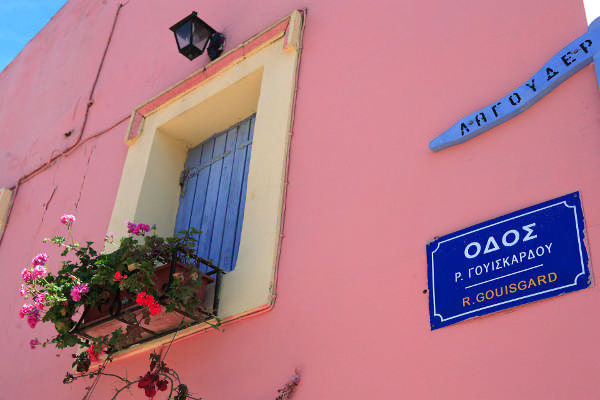 Sloping down to a coastline indented by beaches and quiet inlets, Spartia is a sleepy village located a few miles south of the capital, Argostoli. Pretty houses perch on the flowery hillsides, looking out over lush vegetation and the glistening Ionian Sea. This traditional fishing village offers bountiful natural beauty. Spartia’s fertile landscape ensures that grapevines, fruit trees and olive groves are plentiful. The centre of the village is home to a small square with a few tavernas, popular with the locals, and a small grocery store serves the community. At the bottom of the hillside a fishing jetty protrudes from the water’s edge, where fishermen can be seen casting their nets. Beside this jetty lies a small rock and sand beach, sheltered from the coastal breezes and intense afternoon sun by a limestone cliff. A taverna set above the beach offers lazy lunches and moonlit dinners.

Villas in Spartia More about Spartia 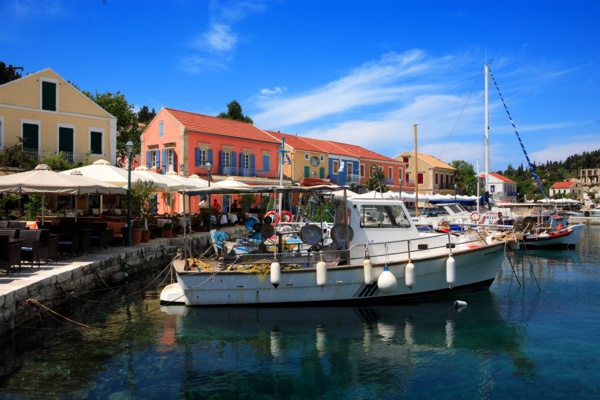 Fiscardo, a beautiful quayside village on the northern tip of Kefalonia, captivates all who visit. Unlike other villages in the area, Fiscardo was barely affected by the devastating earthquake of 1953 and so has retained its character. Original pastel hued Venetian buildings still stand prominently overlooking the horseshoe shaped harbour. Tables and chairs from a variety of tavernas and cafés sit alongside the water’s edge, from where wonderful views across the water to the neighbouring islands of Ithaka and Lefkas can be enjoyed.

Fiscardo is particularly popular with boat owners, and stunning yachts are constantly seen coming and going during the summer months. Strolling along the harbour taking in the views is a favourite pastime of many visitors to the village.  Nonetheless, Fiscardo is still very much a working harbour, and traditional fishing boats moor alongside a host of other vessels, large and small. Early morning visitors to the harbour may have a chance to buy freshly caught fish. Fiscardo radiates a unique ambience, particularly in the evenings when, as the sun sets and the lights throughout the village cast their glow, people head for the tavernas or take a gentle stroll.

Villas in Fiscardo More about Fiscardo 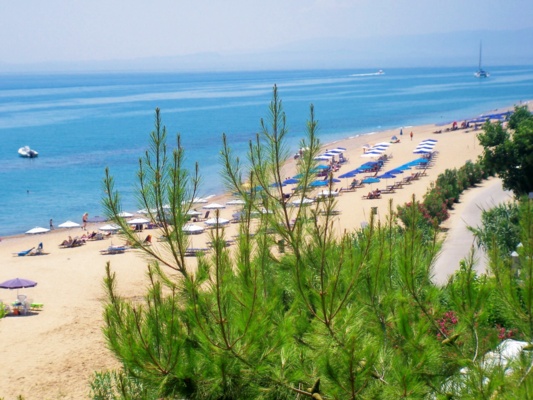 Once a small fishing village, Skala is now one of the most popular and largest villages in Kefalonia yet still retains its inviting charm. Narrow, cobbled streets branch off from the main thoroughfare (pedestrianised in the summer months) to reveal the original fishing village, where cafes and tavernas sit alongside houses and fishing huts.  The main attraction, Skala beach, is a mixture of fine shingle and sand and 3km long, ensuring quieter areas can still be found even in the height of summer.

View the remains, which include a number of interesting mosaics, of a Roman villa, home to a wealthy Roman in the 3rd century A.D. The hills behind Skala also present some interesting sights. Escape to the archaeological site of the Temple of Apollo or head to the fields to discover local beehives, and trails through valleys, vineyards and groves along the way.

Villas in Skala More about Skala

Our Villas in Kefalonia