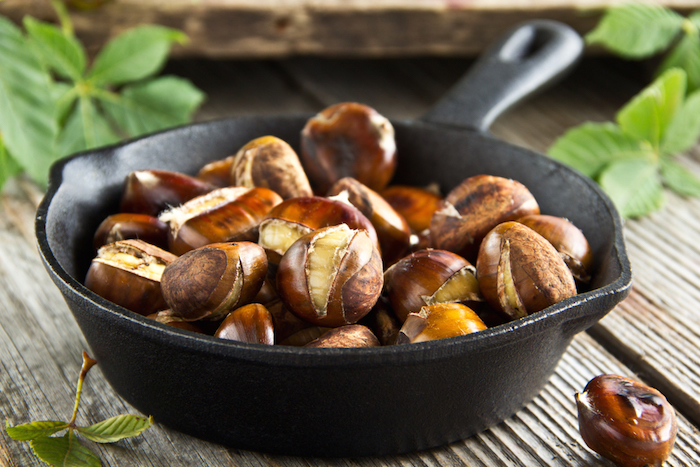 Discover the Marunada Festival of Istria

If you’re a fan of chestnuts you simply have to visit the Marunada Festival in Istria. Each October a whole festival gets devoted entirely to chestnuts and their numerous delicacies.

From sampling mouth-watering chestnut liquors to participating in chestnut-inspired games and activities, there’s plenty going on at the annual Marunada Festival. As well as chestnuts, music plays a big role in the festival, with folk music and orchestra ensembles playing traditional music to accompany the activities and consumption of many chestnut delights!

This popular event takes place at various venues in the town of Lovran. The festival dates back to 1973 when the town started to offer an assortment of pastries made from its sweet chestnuts.

Besides its joyous and memorable Marunada Festival, there are plenty of other great things to do and see in the Istrian town of Lovran.

Lovran is one of the oldest towns developed on Croatia’s coastline. According to historical accounts, the reason why Lovran could be built was due to the fact the Ucka mountain range in this part of Istria falls a little more gently towards the shore, making it more accessible.

Named after the dense laurel forests that surround the town, Lovran has a typically Mediterranean look and feel, boasting quaint narrow streets and pretty little squares. Being situated on the eastern slopes of the Ucka Mountains, Lovran also has a favourable warm Mediterranean climate.

The town is famed for its many historical sites, including the church of St Juraq, which was built in the 13th century and restored in the 15th century, and the Holy Trinity Church, a small Gothic church that lies above the harbour.

Visiting this stunning coastal town is a pleasure all year round, but it is during the Marunada Festival in October when the streets really come alive with the sound of music and the smell of roasting chestnuts.