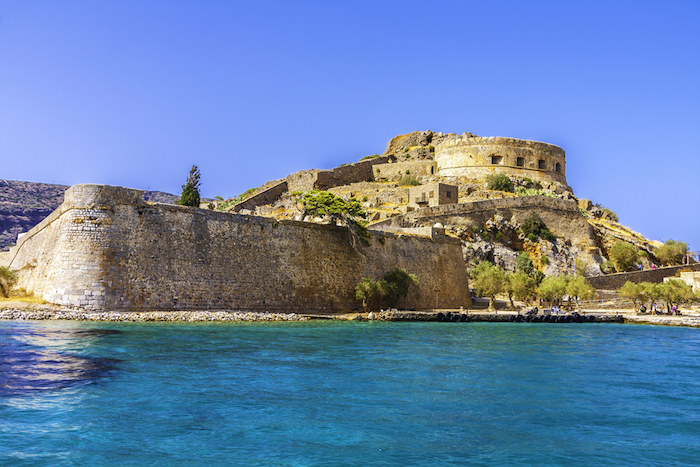 Enjoy Christmas with a difference on Crete!

With the weather definitely on the grim side and the prospect of eating turkey sandwiches for at least a week, who can blame the 3.5 Britons who head abroad to sunnier climes for Christmas and New Year?

Whilst Spain and the Canary Islands might be the most ‘obvious’ choice, the sun-drenched island of Crete has plenty on offer for the discerning British Christmas traveller.

Similar to here in the UK, Christmas on Crete is a glamorous affair, with the streets, shops and squares decorated in brightly-coloured lights, twinkling tinsel and glistening baubles.

Some older festive traditions still remain on Crete such as families raising a hog, known as “hiros” in Greek. The hog would be slaughtered on Christmas Eve and served for Christmas dinner the following day.

No part of the Christmas hog is wasted on Crete. Take a look at some traditional Cretan dishes which would be made with the leftovers of the festive pig.

On Boxing Day locals would use the remaining pork to make ‘Apakia’, small chunks of meat which are smoked, or ‘Pihti’, in which the head of the hog which is boned before the remaining meat is boiled.

If any meat was still intact, Cretans would make ‘Siglina’, whereby the pork is cut into small pieces, cooked then covered in lard and stored in large pots for several weeks, if not months.

It is also common on Crete for the pig’s intestines to be stuffed with liver, raisins and rice, a dish known as ‘Osmathies’.

‘Triqarithes’ is another popular festive dish in which piece of lard are cooked with spices and served with leaven bread alongside olives.

It was also common for various parts of the pig to be used for home remedies, to help heal and protect the family.

Of course if you don’t fancy devouring pig at Christmas, the locals also enjoy the festive tradition of eating turkey. The custom of eating turkey on Christmas Day arrived in Greece in the early 1800s and is now a popular centrepiece on the Christmas dinner table. The bird is often served with roasted almonds. Stuffing which accompanies the turkey is made with either raisins and chestnuts or ground lamb.

Whether you opt for pork or turkey, with the sun, friendly local culture and glamorous decorations, you can enjoy a Christmas with a difference on Crete.