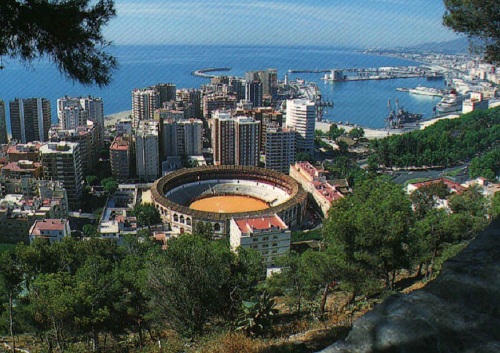 Malaga, a modern and cosmopolitan city on Spain’s Costa del Sol, a centre for international trade and commerce, lined with designer outlets and thriving with tourists and life. But despite being home to such comprehensive commercial activity, which ensures Malaga is one of Spain’s more ‘up-to-date’ and ‘in-touch’ cities, Malaga nostalgically clings on to its traditional past, unwilling to surrender entirely to the consumerist expectations synonymous with a modern city.

One of the most visible traces of Malaga’s reluctance to wholly relinquish its past are the hundreds of horse-drawn carriages that glide through the city’s streets, impassive to the many big, swanky and expensive cars impatiently belting past to accomplish their fast-paced lifestyles.

Horse drawn carriages first arrived in Malaga in the late 1880s, when the city’s and even Spain’s most famous son, Pablo Picasso, was still present in his native city. Today the horse drawn carriage tours in Malaga take tourists past the influential twentieth century artist’s birthplace and past the Pablo Picasso Museum, evidence of the longevity of this antiquated method of transport.

It seems somewhat ironic that despite Spain’s determination to clutch onto traditional gender inequalities, it is the women who, like in many other nations, are increasingly becoming the household ‘bread-winners’ and securing the top-notch jobs, such as lawyers and mayors. Although this long-established inequality regarding women is still prevalent through Malaga’s thriving horse powered transportation network. Since the early 1970s, Juan Gallardos has been rallying tourists round Malaga in horse drawn carriages. Whilst he admits that he ‘loves his job’ and ‘could not imagine doing anything else’, Juan Gallardos also admits that steering horse-drawn carriages through a busy city’s streets is most definitely ‘man’s work’ and that he has never known a female driver in Malaga.

Of course old-fashioned carriages full of enthusiastic tourists being pulled along by elegant-looking horses is not the only feature of Malaga that grips hold to the city’s tradition and heritage. Malaga’s stunning cathedral, which started to be built in 1528, stands proudly in the plaza de la cathedral, a grand emblem of Malaga’s dynamic history.

Many cities in Spain retain an historical identity, which provides them with uniqueness autonomous from the rest of Spain. But few cities combine an historical beauty with modernity that rivals any modern city of the 21st century. And what better way to discover this truly fascinating Spanish city than by horse-drawn carriage.

Looking for a luxury villa holiday in Malaga?