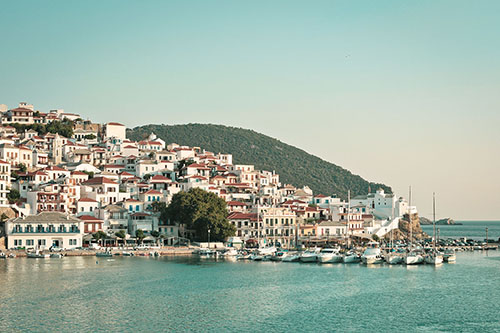 With a magnificent cathedral and Roman theatre: Spoleto is a must visit town in Umbria

The ancient city of Spoleto in the province of Perugia in Umbria, can only be described as a ‘must visit’ location in Italy. Within this ancient and charismatic city lies many enthralling sites, providing insight into how Spoleto was inhabited and how the settlement has evolved over the centuries.

One such captivating site of Spoleto is the city’s cathedral. This magnificent building is devoted to Santa Maria Assunta, and sits at one end of the incredible Duomo Square, where other inspiring buildings can be found; including the Rancani Palace from the sixteenth century, the Palazzo della Signoria, and the Church of Santa Maria della Manna. The theatre of Caio Melisso can also be found here.

Spoleto Cathedral was built in the XII century in a Romanesque style. Much of the aesthetic appeal of the cathedral is owed to its majestic façade, comprising of stone blocks leading to an impressive bell tower.

The cathedral’s interior clings into a Baroque style. The nave’s beautiful mosaic floor is one of the many standout features of the interior. As is a fresco with Madonna and the Saints by Pinturicchio, found in the right aisle of the first chapel.

Whether you marvel at it from the outside alone, or venture inside, Spoleto Cathedral is undoubtedly an iconic site of this spectacular city.

Another must see site of Spoleto is its Roman theatre. The theatre of Spoletium is believed to date to early 1c AD and has been heavily repaired. It wasn’t until the 16th century when the ruins of the Roman site were recognised for the first time, yet it was still not until 1891 that the ruins were actually identified as a theatre.

After centuries of neglect, the Roman theatre is in use once more, acting as a fabulous venue for performances at the Spoleto Festival, an annual music and opera festival held in June and July in this captivating Italian city.