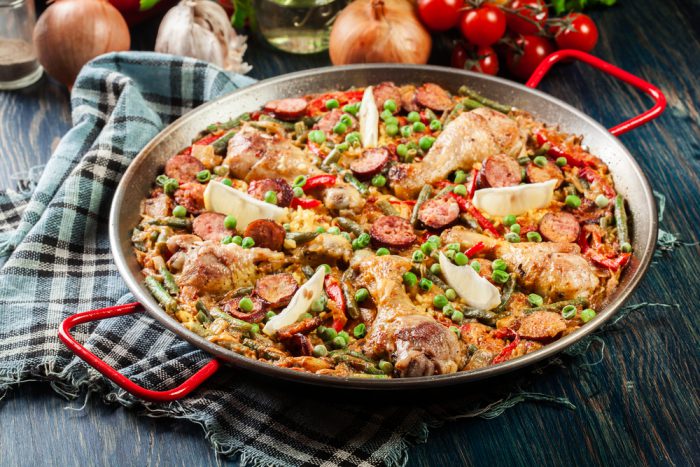 How To Make The Perfect Paella

It’s fair to say that any dish which gains international recognition is going to get developed and altered according to whichever chef is attempting it. National and regional tastes will vary, as will availability of certain produce. 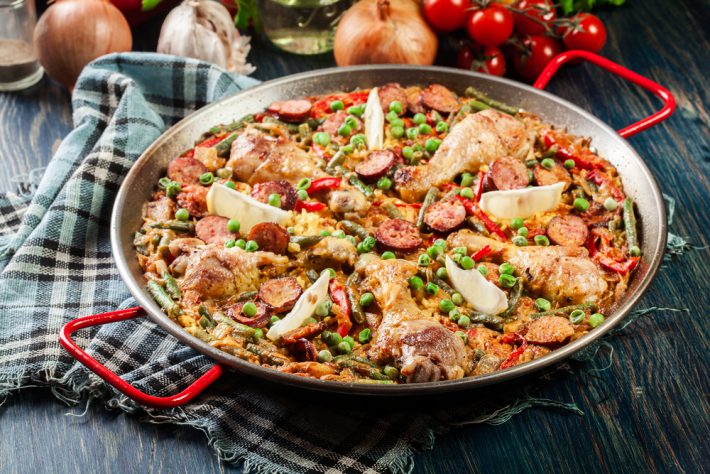 Spain’s staple dish, the paella, is world-renowned, and probably has more variations than most dishes!

So how can we create a perfect Paella?

A good starting point would be to look at its origins of paella in Spain, and the Valencia region in particular. Valencians claim this dish as their birth right and that it should only be cooked and eaten out of doors, and on a wood fire, under an old tree and always during the middle of the day. They also sneer at using fish and shellfish, preferring chicken or rabbit, but are not opposed to adding a few snails!

The seafood version, more to tourists’ tastes, was developed on the coast, where its basic marine ingredients are plentiful.

Paella is before anything else a rice dish, you need to use a short-grained variety that can easily absorb the liquid stock, and not dry out. The best is Spanish Bomba; it forms a crisp base known as Socarrat that is considered one of the best bits of the paella.

Ideally you should use a paella pan, one with a thin base, so that the liquids cook off evenly and relatively quickly. One thing you should never do is stir, this is not a risotto!

Start the paella on the stove, but finish it off in the oven. Add sautéd onion, peppers, a touch of paprika and some garlic, plus whatever fish or meat you desire, to the pan. Then put in the rice and heat for a couple of minutes before adding the stock.

Now you can ramp up the heat so everything simmers quite vigorously, for about ten minutes. Lastly, add any seafood on the top, and leave to cook for a further eight or so minutes.

Let it rest, with some aluminium foil over it, then serve hot, with lots of crusty bread and a good glass of wine.