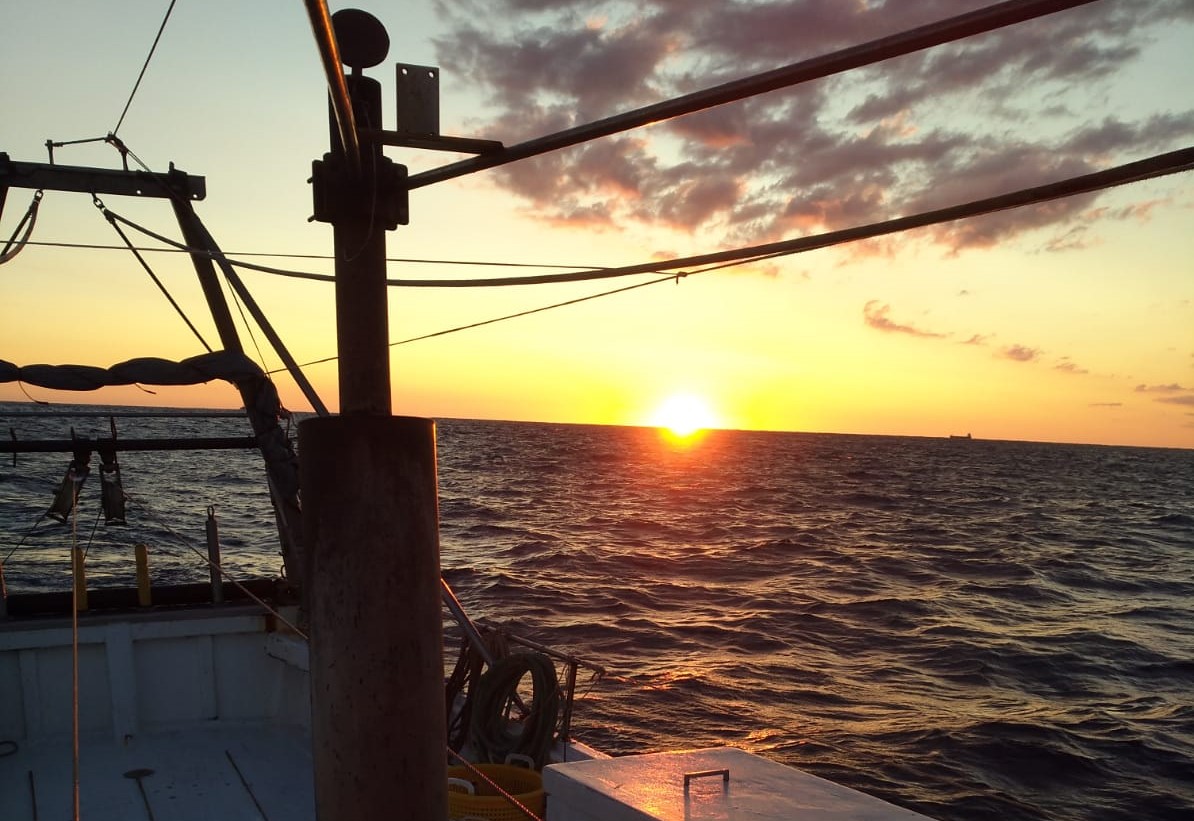 The earliest memories I have are of standing with my mother at the quayside waiting for my father and uncle to arrive back in port after a day’s fishing. Their boat was a large wooden vessel built for trawling which they had bought together many years before I was born. From Monday to Friday they would leave Palamós harbour at 6am and return around 6pm in time to unload the day’s catch and get it to the fish auction. I grew to love the hustle and bustle around the dockside as the fish were packed into wooden crates and loaded onto large flatbed wooden barrows that were then wheeled into the auction hall where groups of fishmongers were gathered shouting out their bids to the auctioneer who stood to one side on a large box.

That I would be a fisherman when I was older was something I never doubted. I was born into a family of fishermen and I had no desire to do anything other than follow in the footsteps of my grandfather, father, uncles, and cousins.

I enjoyed school but as soon as the bell rang I would run down to the harbour and be ready to help unload the boat. On Saturdays and Sundays, I would work alongside my father and uncle scrubbing the deck, touching up paintwork, and mending the nets. Today nets are much stronger and made of nylon but back then they were far more delicate and often got snagged as they were hauled in.

As soon as I was old enough to leave school I was enrolled as a deckhand on my family’s boat spending every weekday at sea fishing and every evening at night school studying for a commercial skipper’s licence. In Spain, to captain a fishing vessel you need to qualify as a professional skipper. This permits you to take charge of commercial vessels of almost any size anywhere in the world but there is a lot of theory to learn, not just covering navigation and seamanship but mechanics, health and safety, lots of rules and regulations, and, of course, fishing quotas. To be able to sit the final exams you must have spent at least one year enrolled on a working, commercial boat which is why most fishing boat skippers come from families that have a fishing tradition and a vessel of their own.

By the age of seventeen, I had qualified and it was decided that my father and uncle would take a backseat and the boat would be captained by my cousin and me as we were about the same age and both had skippers’ licences. We were to alternate every year. One year I would be acting captain and the following year my cousin. This is a system often used by fishing families as it avoids issues over proceeds. On a Spanish fishing vessel in the Mediterranean, nobody is paid a fixed wage. Each crew member receives a percentage of what the day’s catch fetches at the fish auction. After an amount is deducted for fuel, maintenance plus any repairs needed the rest is distributed according to rank. The owners receive the largest share, the skipper the second largest and so it continues down the line ending with the newest and least experienced deckhand receiving the smallest amount.  It’s a fair system but means you never know how much you will earn each month. If you are catching a lot then so are the other boats and whilst you have more to sell so do they and that drives the price down. If you haven’t caught much then neither have the others and this drives prices up but, of course, you have less to sell!

The sea had become like a second home to me and as soon as I had enough money saved up I bought an old wooden “Mallorquina”. It had no engine just a lateen sail and oars. During the summer months, I would row out of the harbour after work and drift along the coast and spend the night sleeping under the stars. At 5am I would wake up, jump in the sea to freshen up, and catch the early morning offshore breeze to sail back to harbour in time to start work at 6.

Nowadays in Spain, nobody has to do national service but when I was eighteen it was still obligatory and like all other eighteen-year-olds I received my call-up papers and started to pack my bags. Most youngsters hated having to do national service as it meant a year wasted sitting around in an army barracks miles from home but if you were a professional fisherman you were automatically drafted into the Spanish Navy and if you were a qualified skipper and got lucky you might get a posting on the Spanish Navy’s training vessel; the “Juan Sebastián De El Cano”. I got lucky!

The “Juan Sebastián De El Cano” is named after the Spanish explorer who, in 1510 accompanied, Ferdinand Magellan on a Spanish expedition to the East Indies resulting in the first circumnavigation of the world.  The ship is a beautiful 371-foot four-mast brig-schooner commissioned in 1928. She serves as a training ship for Midshipmen in the Spanish Armada but also acts as a floating embassy visiting ports around the globe. I knew before boarding that I was likely to spend time at sea but never in my wildest dreams did I think I would be lucky enough to spend my entire twelve months military service circumnavigating the globe!

It was a wonderful adventure sailing the Atlantic and Pacific oceans and I will never forget arriving at Sydney harbour where we had a few weeks rest.

Once my 12 months sailing around the world were over I headed back to Palamós and the life I had known before. It took me a while to settle back into a routine but work on a fishing boat is never mundane and you often see dolphins, whales, swordfish, and, of course, you never know what you will catch.

Unlike the large scale industrial fishing that is carried out in the north Atlantic where thousands of tons of cod are caught Mediterranean fishing is more artisan using traditional methods that trace their origins back to before the ancient Greeks. Snapper, Seabream, Sea bass, and Monkfish are probably the most sought after fish along with squid and cuttlefish but the Scorpionfish is a popular local delicacy as are the prawns -“Gambas” – for which Palamós is famous.

After many years my father and uncle decided to retire and sell the boat. The proceeds were divided up and with my share, I had just enough to buy what I had always wanted, my own fishing boat! I searched around unsure whether to buy one with a fiberglass hull, which was the most practical, or a traditional wooden vessel. In the end, I fell in love with a vintage hundred-year-old wooden ship of medium size just big enough for me to manage with the help of one deckhand. It took some time and a lot of work to restore but she is a real beauty.

Fishing is hard work and you have to put in long hours not just fishing but in maintenance and repairs and you will certainly never become rich but the sea becomes part of you and life away from it becomes unthinkable. At the moment I am taking a short break from fishing and will be working for a season on a privately owned 324-foot sailing sloop. Who knows, perhaps I’ll sail around the world a second time!