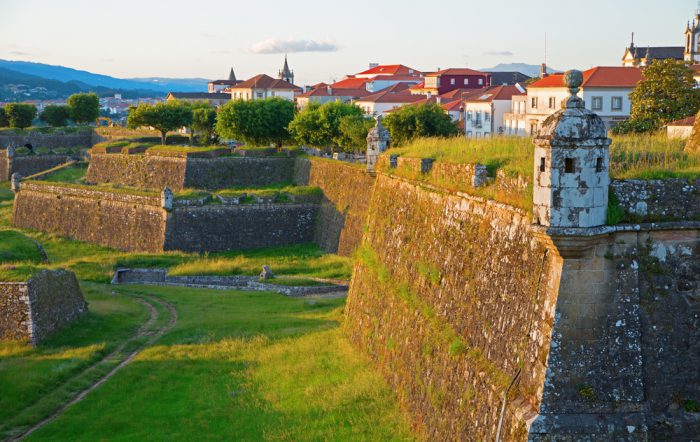 The mouth of the Rio Minho in northern Portugal marks the border both in historical and cultural terms with its much larger neighbour Spain. This important river has given its name to this north-western Portuguese province, the Minho. 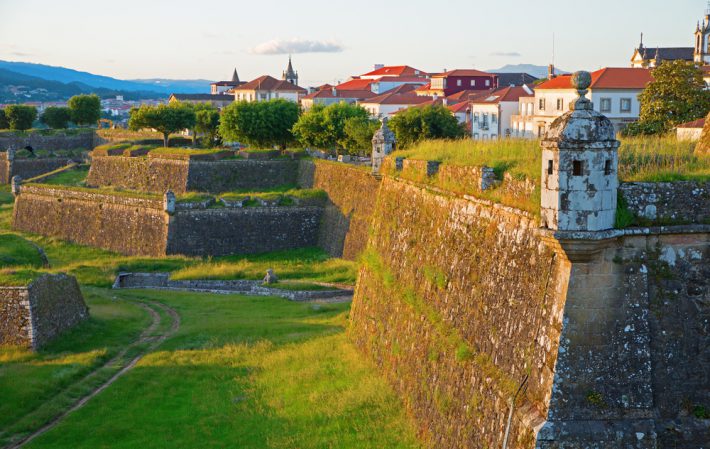 A line of ancient fortified towns flank the river on the Portuguese side, including the spectacular walled town of Valença do Minho. This region of north-western Portugal is intensely beautiful. It has everything that Portugal has to offer within its own microcosm.

There are wonderful Constable-style river scenes, high mountain ranges and vineyards stretching across rolling countryside. Not to mention tremendous beaches that face the mighty Atlantic, and a heartland that’s peppered with historic towns and villages. Minho is also home to its fair share of prehistoric, religious ruins and churches, as well as ancient archaeological sites.

The Minho area will have you stepping back in time and slowing down to a more relaxed pace of life. Visitors can enjoy sitting back and soaking up the scenery and embarking on interesting explorations of village markets, ancient cobbled streets and enjoying misty vistas across the rooftops.

To experience a great traditional market, visit the medieval town of Barcelos in the Braga District of the Minho Province. The town of Guimaraes is also a pleasure to visit. This extremely well-preserved town is well worth a day wandering around. Likewise, Braga has much to see and is the ecclesiastical centre of the region.

The other major river in the Minho Province, the Rio Lima, wanders through the landscape passing through several picture postcard towns. The mountains are situated to the east of the Province, and are designated as the Parque Nacional da Peneda-Gerês, which happens to be Portugal’s only National Park.

When you yearn for a change of landscape, head to the coast which is in easy reach from most towns in Minho. You will be greeted by an exhilarating scene of windblown sand dunes and wild surf caused by the bracing coastal winds from the Atlantic. This stretch of coast is known as the Costa Verde – Green Coast – which stretches almost all the way to the Spanish border.