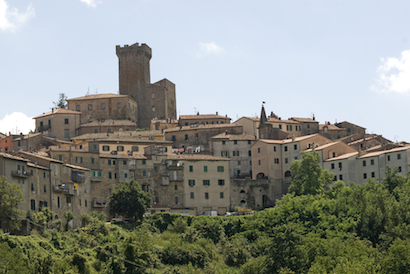 Microbreweries have been springing up like daisies on a lawn in recent years as Tuscan farmers try more interesting and profitable ways to make good use out of the lands resources. Roads reminiscent of the “Gladiator” scene where Russell Crowe walks through the corn fields gently wafting his hand over the ripening crops are abundant yet unique to pretty Tuscany.

It is in settings like these where the region’s new wave of beer-makers are hard at work. They have been an instant hit and some of their distinct fine beers have been embraced by beer sellers and drinkers throughout Tuscany and even further afield.

Chestnuts play a major part in many of the modern beers in Tuscany. Bastarda Doppia is a red beer made from 40% chestnuts. The beer is strong with a sweet, long-lasting after taste. It is brewed along with other types of ‘craft-beer’ in the Amiata area in the town of Arcidosso. Local produce is the key to the success of all these artisan beers. The founder of Bierra Amiata, the company responsible for Bastarda Doppia, has a simple philosophy:

Now beer pubs, known as Birrificios, are sprouting up all over the region. One of the most popular is called Archea Brewery, located in the Piazza Santo Spirito in Florence. Here pints range from 3 to 6 euros, and are a diverse mix of light and summery lagers to dark, spicy stouts. Two microbrews are made in-house – a bock and a pills!

Local Tuscan beer-making is a fairly new phenomenon and most of the brewers have only been practising the art since the turn of the new millennium. Newcomers or not it sounds like some very interesting new organic beers are currently being brewed in Tuscany.

So when you are next in Tuscany try to remember that there is much more on offer than Peroni, as splendid as that beer is!