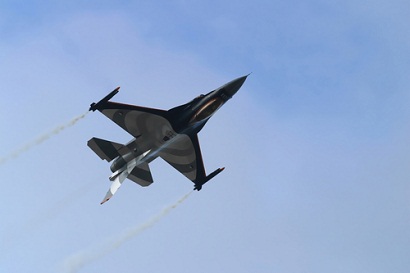 Whether you are an aviation enthusiast or just a regular traveller holidaying on the beautiful island of Malta this September, you simply cannot miss the Malta International Air Show 2011, one of Europe’s most spectacular aerial displays.

Held on 24 – 25 September 2011, this fantastic annual event is one of the largest outdoor events held on Malta, attracting a growing number of visitors each year of all age groups, nationalities and tastes.

After years of persistent lobbying by the Malta Aviation Society, in 1993 Maltese officials finally gave in and the first ever International Air Show was held over the stunning Marsamxetto Harbour in the city if Valletta, which being surrounded by ancient bastions and luxury yachts, could not offer a more fitting and adrenaline-pumping location for such a spectacular event.

The Malta International Air Show attracts some of the most interesting aircrafts to its runways from around the world including Spitfire, Hurricane, Tornados, Red Arrows and Israeli A-4 Skyhawks. This year’s show promises to be more extraordinary than ever, as, after being absent from the event for six years, the world-famous Frecce Tricolori are to wow the crowd with their aerial delights. On Sunday 25 September, the largest aircraft aerobatic team in the world will bring a climaxing conclusion to the show to mark the 150th anniversary of the unification of Italy and Frecce Tricolori, the proud ambassadors of the Italian Air force.

Tickets for this enthralling Maltese event cost 12 euros for a day ticket for adults and children under the age of 14 can attend for free. If you are a devout aviation enthusiast, you may be interested in a four day pack ticket, which, for 75 euros, gives you entry on the Friday (arrivals day), entry on the two public days on the Saturday and Sunday, entry to Park 2 and entry on the Monday (departures day).

Tickets will be available to purchase from 1 September 2011 at the Malta International Airport Information Desk and at all MacDonald’s restaurants around Malta and Gozo.

For more information on this spellbinding family day out visit the official website.