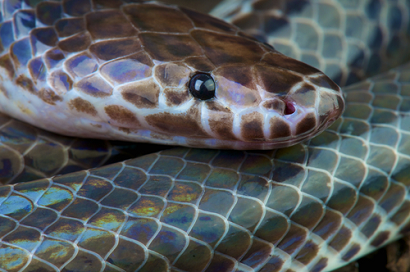 The Snake Festival of Kefalonia

Snakes! You either love them or you are frightened to death by them. On the Greek island of Kefalonia they say that snakes have appeared for centuries at the Church of the Virgin in Markopoulo. Not just a few snakes but hundreds of them.

The story goes that the snakes which visited the church were babies that would wriggle their way towards the alter and then disappear mysteriously underground. The baby snakes did this with amazing regularity on the second week of August each year. Some people say that the church was simply on the natural migratory pathway of the snakes but there are other theories. Before the church was built there was a nunnery on the site and the poor nuns were terrorised by marauding pirates. According to the legend God turned all of the nuns into little snakes and the pirates were frightened off.

In 1953 there was a devastating earthquake on Kefalonia and the snakes failed to show up just as they did when the Axis forces occupied the island in the Second World War. These combined truths and fantasies add much spice to the legend of the snakes of Markopoulo.

Nowadays the huge snake festival of Kefalonia takes place on the 14 – 15 August in Markopoulo to celebrate the snakes, the nuns, the Holy Virgin and Barbarosa and his defeated pirates. Greeks from all over the world descend on Kefalonia to celebrate this remarkable snake festival. There are plenty of snakes as people bring them in from off the roads in order to protect the creatures from vehicles and trampling feet.

Asides the snakes, all the usual merriment and frivolity takes place at this popular event as it does at other festivals across Europe. The Festival of the Snakes is undoubtedly a great and unique festival but beware –  if the snakes do not show up by August 15, some imminent disaster lies close by.

The Snake Festival of Kefalonia is the sort of event that makes Europe the great beating heart of the world.