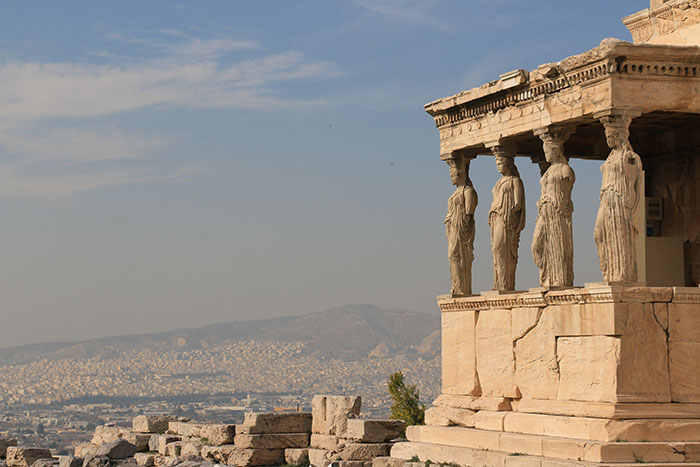 How tourism in Greece has hit an all-time high

Tourism in Greece has hit an all-time high, surpassing forecasts and putting the country in good stead for another thriving year of visitors from all over the globe.

According to data from the Hellenic Civil Aviation Authority (HCAA), Athens International Airport and Fraport Greece, an additional three million people passed through the nation’s airports during the first seven months of 2018 compared to the previous year.

The 14 regional airports across Greece also recorded an increase in traffic, seeing a 13.7% rise in the number of passengers during the same period of 2018, with an extra 1.5 million visitors flying directly to regional airports compared to 2017.

Heraklion Airport on the popular island of Crete welcomed a staggering 1.85 million travellers from January to July this year.

As well as Crete, tourism officials cite Kos, Corfu, Rhodes, Mykonos, Santorini, Paros and Zakynthos, as being the most popular destinations in Greece.

The popularity of this beautiful country for visitors around the world needs little explanation.

The fabulous, year-round climate, blessed with cloudless blue skies and warm, sunny days, are just one reason Greece is a fantastic holiday destination.

Exploring the mesmerising masterpieces from ancient times on mainland Greece and its islands, is another reason Greece remains a leading European tourist hub. In fact, you don’t have to travel too far until you stumble across a UNESCO heritage site in Greece.

As well as culture-vultures, foodies are at home in this beautiful country, which serves unique cuisine that is famed around the world. Greek cuisine is fabulously healthy as well as delicious, cooked with hordes of vegetables and healthy doses of Greek olive oil.

To top it all off, the locals in Greece are incredible welcoming and friendly and are more than happy to show off their beautiful country of rugged mountains, pristine beaches and a rich, ancient history.

Yes, we can’t say we are surprised that tourism on Greece is thriving.