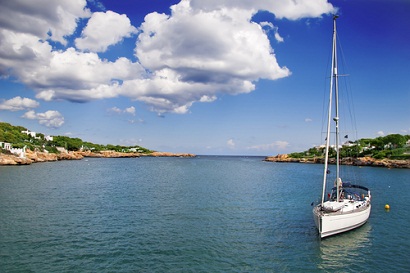 Tourism in Majorca is on the rise!

According to the Spanish National Airports Authority (AENA), in 2011, approximately 22.7 million tourists flew to Palma Airport throughout the year, a 7.6% increase compared to 2010.

Given this significant rise in the number of travellers visiting the island of Mallorca in the last 12 months, it stands to reason that tourism in Majorca is thriving.

In the present economic climate, unemployment is unfortunately affecting most countries, with Spain being no exception. Although a report issued by the Majorcan Hotelier’ Federation confirming that, in 2011, the hotel industry employed 18% of Majorca’s population, is not only proof of the thriving tourism scene on the island, but also brings a glimmer of hope to Spain’s otherwise gloomy unemployment situation.

According to the Federation’s report, last year 63,791 people on Majorca had found work either directly or indirectly in hotels. In a detailed analysis of Majorca’s hotel industry, the Federation highlighted that the hotel business accounts for 21.2% of gross regional product, with a gross added value in the excess of 4,614 million euros.

The report went on to give a breakdown of regional growth in the hotel industry on Majorca. Playa de Palma, the Federation claim, at 19.1%, accounts for the largest percentage of the amount the hotel business contributes to Majorca’s gross regional product, which hardly comes as a surprise given that Palma de Majorca is one of the most famous beaches in the whole of Europe!

Another popular region that contributed heavily to Majorca’s thriving hotel scene, were the hotel resorts of Palmanova-Magalluf, which accounted for 11.47% of the industry’s contribution to Majorca’s gross regional product of 2011, whilst the resort of Cala Millor on the east coast of Majorca and Alcudia on the north coast, jointly contributed 8.5%.

The Majorcan Hotelier’ Federation also remarked that about 1,500 million euros in tax was generated by the hotel industry on Majorca last year, bringing multiple benefits to this hugely popular island.