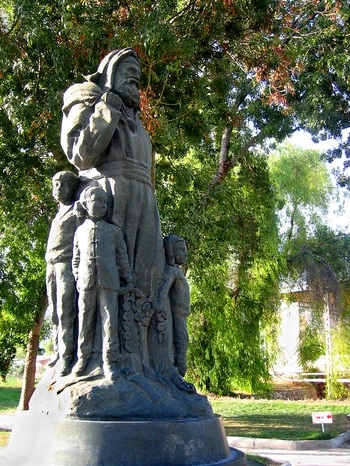 Where is Father Christmas from? Lycia, Turkey!

Lycia, an expanse of ancient cities on the southern coast of Turkey, a region occupied with intensely independent people, a scenic isthmus brimming with beauty, history and culture and home of Father Christmas.

Whilst the latter statement may shatter the illusion we have held since we were barely out of nappies, of Father Christmas being a plump, cheerful, white-bearded man from the North Pole, living there with the elves who help him make and wrap the toys and his faithful reindeer Rudolph, the original depiction of Father Christmas is infinitely different.

Even the name of the most symbolic figure associated with Christmas is not consistence across the globe. Many refer to him as Santa Claus or Father Christmas, some know him as Saint Nicholas or Kris Kringle, but to all he is a formidable character synonymous with festivities, fun and presents.

But where did such an affable character, who has been etched into almost everybody’s conscience when they were a child, actually originate from?

According to tradition and the church, Saint Nicholas was originally depicted as wearing bishop’s robes and was a forth century bishop from Myra in Lycia, Turkey. It was not until the 19th century when the Santa Claus we know and love today became popular in the United States and Canada, born through the imagination of Thomas Nast, an influential caricaturist and political cartoonist.

But does the ancient wonderment of Lycia do its impressive Saint Nicholas connection justice at Christmas time?

Demre is the ancient city of Myra in Lycia and the original Saint Nicholas’ church and sarcophagus can still be visited in these fascinating Turkish ruins. Throughout the Christmas season in Lycia, many of the shops and houses are decorated with statues and paintings of Saint Nicholas, whilst films and television programmes are dedicated to the ancient bishop.  Generally speaking New Year’s Eve is celebrated more fervently than Christmas Day in Turkey. It is New Year Eve when gifts are exchanged and people attend parties and nightclubs until the early hours of the morning.

If you fancy spending the festive season amongst some sublime ancient ruins, monumental architecture, and of course in the place where Father Christmas himself originated, whilst partying until dawn on New Year’s Eve, then the legendary Turkish region of Lycia beckons.

Check out our broad selection of luxury villas in Turkey.