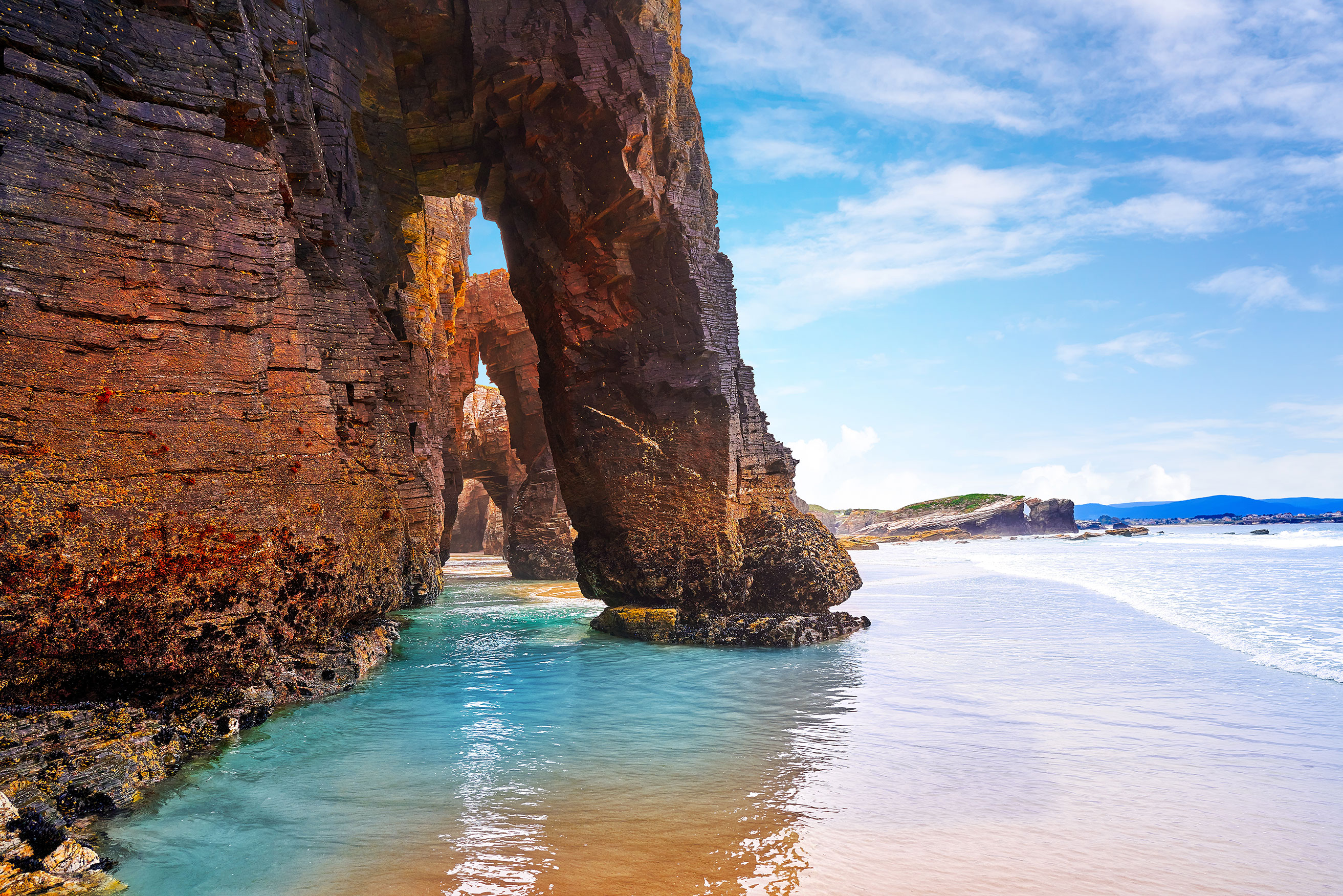 Why Catedrais is one of Galicia’s prettiest beaches

When in Galicia, you are literally spoilt for choice about which beach to head to for a relaxing, memorable day in the most picturesque of surroundings. This unspoilt corner of north-western Spain is home to 1200km of undulating coastline, scattered with beautiful beaches, bays and coves.

One such spot is Catedrais, one of Galicia’s most famous beaches, described as one of the most beautiful beaches in the world. This stunning coastal spot lies in the Ribadeo municipality on the north-western coast of Galicia.

Catedrais translates as Cathedral. The beach has been given this name because of the magnificent rock formations that uncannily resemble stone cathedrals towering over the sand.  These imposing rocks have been chiselled by the waters of Cantabric Sea, which, over the centuries, has carved intricate and unique arches, grottos and passages into the rocks.

These quartzite and slate rocks date back 500 million years, having once belonged to a large mountain range which underwent a drastic change when the two supercontinents, Gondwana and Laurussia, collided 350 million years ago.

Such is the distinct beauty of the rocks that line the water on Catedrais that the beach is regarded as a mecca of natural Gothic art.

Augmenting the unique appeal of this Galician beach is the vast swathe of nature that makes Catedrais its home. With 21 types of natural habitats identified on this coastal spot, the beach is awarded a Special Area of Conservation status.

Amongst the diverse wildlife on the waters that lap Catedrais Beach are otters and bottlenose dolphins. Many migratory birds fly overhead, including barn owls, gannets, kestrels and others.

Catedrais Beach is a stunning spot to visit all year round, particularly during an early evening in the summer, when the sun starts to set and incredible shadows from the rocks are cast across the sand.